Places like a warehouse, an industrial or food facility, a factory, a depot and their likes commonly use two kinds of bay lightings systems depending on what they need. So, how much is the Cost of a project with LED Low Bay Lighting?

In this article, we will first tackle the LED lighting system and LED Low Bay Light manufacturers; what are its uses and the benefits we can gain from using it? And also, how much you can expect to spend on a project. 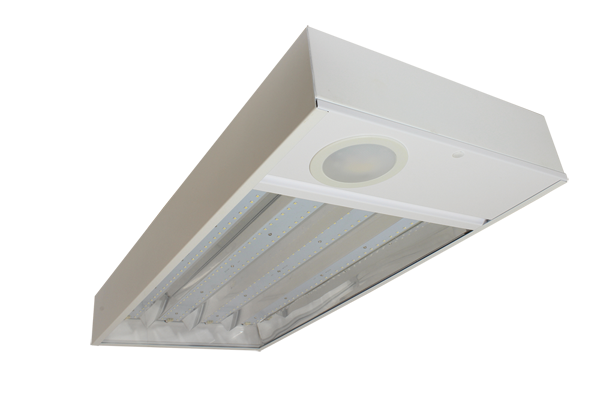 1. Cost of a project with LED Low Bay Lighting?

2. What is LED Low Bay Lighting?

LED Low bay light manufacturers produce LED low bay lightings to illuminate open places with lower ceilings or roofs. Low bay lights lessen the light reflection that this type of ceiling can bring about. How? LED low bay have diffusers and larger optic lens at the base of the fixtures. Therefore, diffusing the light, eliminating unforgiving reflections and spreading out the illumination.

It can be anywhere from supermarkets, convention centers where there are aisles, the best lighting system to use is LED low bay light. For example, you might notice supermarkets often use LED low bay pendants to light up their aisles for correct brightness in those areas.

Have you noticed the hallways of big hospitals? Mostly they use LED low bay pendants to illuminate their places.

Dining areas at home or even in canteens and restaurants are also recommended to use LED low bay lightings.

a. LED low bay lighting gives even distribution to your facilities. The brightness it delivers gives life, more characteristic to the colors around your place. Making low bay lights the ideal choice for you.

b. Performance is improved and LEDs are power efficient, impacting the Cost of a project with LED Low Bay Lighting. They can have a lifespan of 80,000 light hours.

c. Low bay warehouse lights last longer than ordinary bulbs and can work up to 8 years.

d. LEDs are very cost-effective because of less power use (make you save 65 to 70% on electricity bill).

e. Cost of a project with LED Low Bay Lighting is very profitable on the medium to long-run, with the saving returns

led-low-bay-pendantLight Emitting Diodes more popularly known as LED is very famous in our time and almost all places use it. But what is LED exactly? It is a semiconductor device which gives off visible light if electric current passes through it. The light it emits is monochromatic in a single wavelength.

According to the recent reports gathered, the worldwide LED lighting industry size in 2016 was US$ 29.65 billion and is expected to grow up to US$54.28 billion by 2022. Why? This is because of the growing demand for lower costs and energy-efficient lighting systems in different fields – from humble residential areas to office buildings to huge warehouses of companies and corporations (LED low bay warehouse lighting).

Feel free to get in touch with Razorlux, which is among the LED low bay light manufacturers with more know-how in this type of projects. We can detail the cost of a project with LED low bay lighting. Please feel free to leave us a message at our contact form.